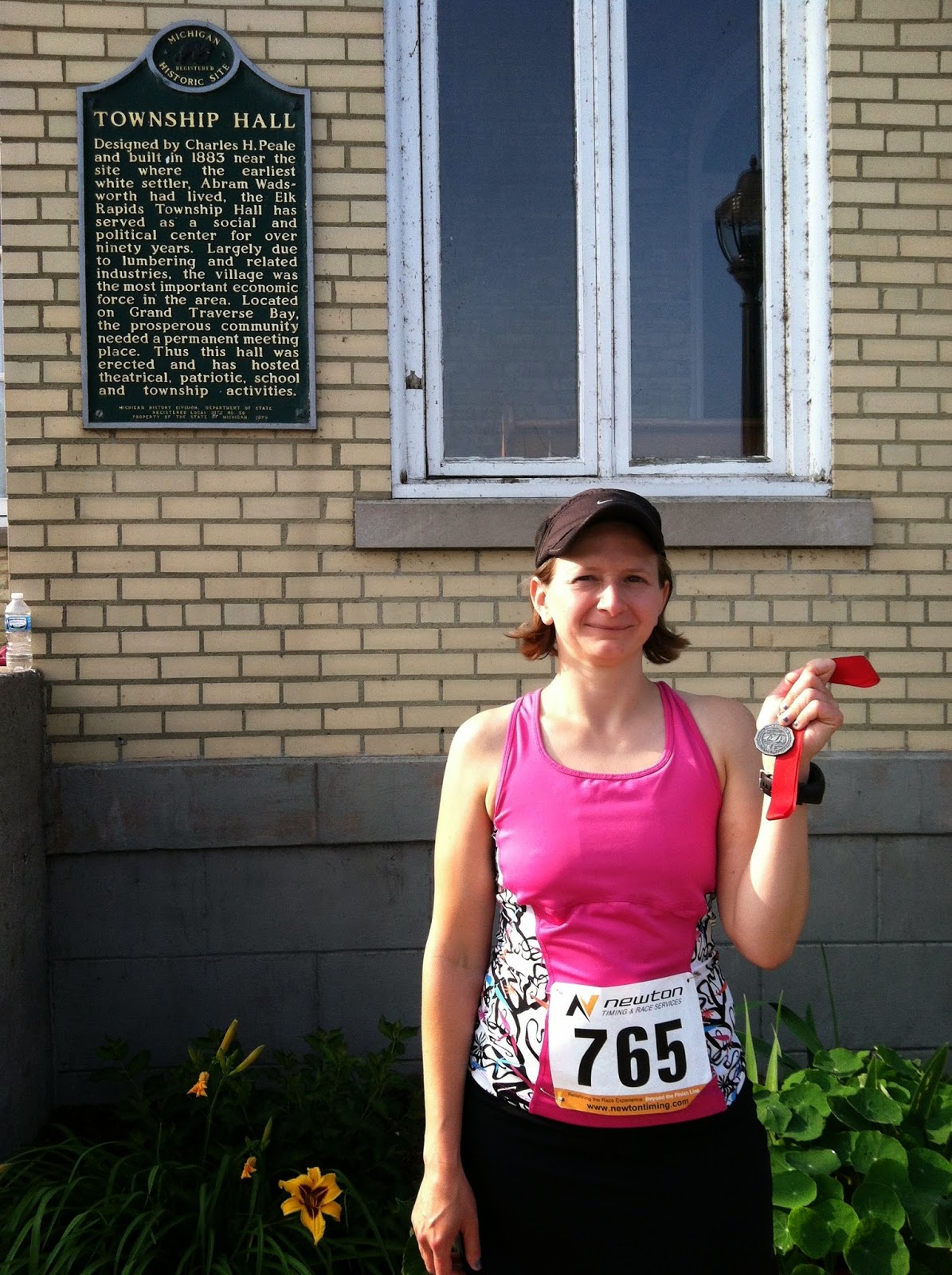 This represented a PR for me, and at 23:16, I tied the woman they awarded first.  I was first place altogether in the barefoot division. I passed a guy running barefoot at around the 2 mile mark. I had a great run, honestly. I normally don't like 5ks but this one wasn't painful at all.

Also, here's a picture of me winning the 20 to 39 open age group at the Goat Hill Trail Run this summer. 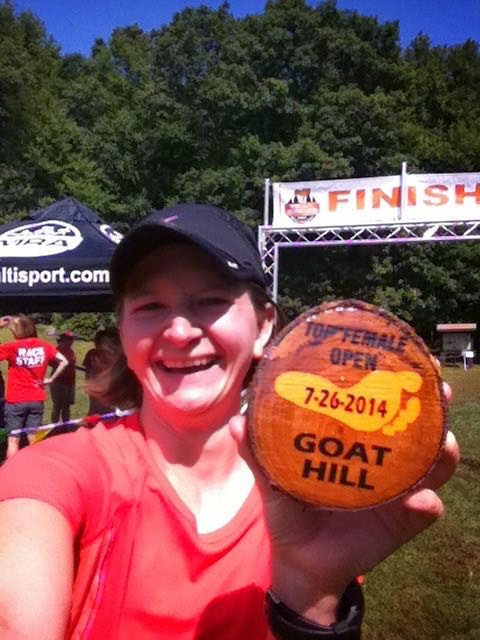 The Goat Hill Trail race is part of the MRA Multisport Trail Series, and this particular race was the baby of my friend Brad Waterson, aka Durtyfeets.

I'm thrilled about doing well at the MRA multisport trail series because it represents a whole lot of winning on my part. First, I won a free entry into the Durtyfeets series for 2104, in a raffle at a showing of In the High Country.  And secondly, because I came in second in the open category at the first race, first at Goat Hill, and showed up to the Upton State Forest Half Marathon, I ended up winning the series for the Open females. I know this is a local trail series, but it's still a big deal to me to have won something, anything, by running fast. Of course, the keystone of my strategy is always for the fast people to stay home! Nonetheless, I ran my little heart out at these races and I won I won I won.

The prize I'm most excited about, though, is a season pass to run all the MRA Multisport Trail Series races next year. This includes the Goat Hill Race, the Upton State Forest Half Marathon, and one of the funnest races I've ever run, the Wallum Lake Twilight Tour, through the Douglas State Forest in the dark in the snow. They are adding two more to this, a spring run at Wallum Lake and the Hodges Hoedown. Hope to see you at some of these!  Highly recommend - this is a great club, and the courses are splendid.

Other than that, I'm training for the Beast of Burden Winter 100, and just completed my highest month of training. I ran 87.5 miles this week and felt great.

Even though some of my races haven't gone as well as I would have liked, 2014 has defintely had some high points. ﻿
Posted by Unknown at 12:17 AM